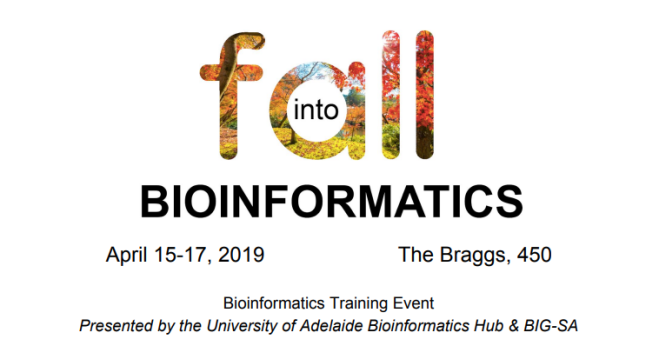 Being an instructor at the bioinformatics workshop has helped me to see how much I have evolved and grown in bioinformatics over the years, and it made me realised how far I have come in this journey of computational biology.

It was definitely exciting and daunting when I offered to help as a teaching instructor for the “Fall into Bioinformatics” coding workshop.

“Fall into Bioinformatics” is a training workshop organised by the University of Adelaide Bioinformatics hub and the Bioinformatics Interest Group of South Australia (BIG-SA) which is held from 15-17th April 2018. This 3-day introductory workshop aims to help participants master the basics of using coding language bash and R to analyse next generation sequencing (NGS) data. This year, the workshop has attended up to 100 participants of multi-disciplinary backgrounds, with most of them learning how to code for the first time.

This is the same workshop which I attended in 2016 when I was a second year undergraduate, where I started learning about the world of bioinformatics. Fast forward to three years later, I am returning to the same workshop, this time as a teaching instructor.

The first day of the workshop focussed more on R. R is a programming language developed by a group of statisticians from another programming language known as S. It has a beautiful grammatical touch to it, hence making it user-friendly and easy to understand as its structured coding “grammar” you can “translate” your code into a written sentence – a feature which you rarely find in other coding languages. In addition, a graphical user interface (GUI) environment for users to write and execute their code in, allowing codes written to be executed on the fly while visualising the outcome. Hence, I am actually on board with the fact R is a good starting point for the three-day learning/coding marathon for beginners.

A group of bioinformatics research students like me who volunteered as teaching instructors, although Steve introduced us in the workshop as “friends of the bioinformatics hub”, were “patrolling” around the room to help any participants who struggled in understanding or working through the workshop materials. With the passionate head instructor Steve providing detail explanation on each exercise provided in the workshop and step-by-step guidance, day one of teaching in R was pretty smooth sailing. The major struggles by participants were mostly about statistics-related concepts and the idea of R objects.

The real challenge for us as teaching instructors starts on day two when we introduced the students to code using bash. Bash is a Unix shell command line programming language developed for the GNU project. This command line language is usually executed on a terminal interface, which poses a significant learning curve to the “click-and-drag” display interface users. The second day workshop on bash was led by experienced bioinformatician Nathan. We took a different approach from day one which the participants are now being put in a self-paced learning exercise to work through the workshop materials.

It is interesting to learn that a lot of participants struggled visualising what was happening in the terminal interface when each command line is executed, and how navigating between directories to locate a file becomes more difficult for first-time users in the terminal world, as if they were blind-folded in the terminal Matrix. As teaching instructors, we could all resonate to the struggles which the participants were facing. Therefore, we worked through several ways to explain to the participants how the concept of navigating through directories using command line is actually similar to clicking on a folder icon on your local desktop, then proceeds to reveal a drop-down menu of the contents of the folder – just that the icons are now displayed as wordy filenames in the terminal interface.

At this point you might be wondering what happens on Day 3, where it is a combination of both bash and R language to analyse NGS data.

It was not just challenging for the participants, but also for us who are teaching instructors as well. The difference was we struggled with different aspects of the workshop, which has nothing to do with the organisation nor the structure of the training workshop, but the nature of the bioinformatics involved to perform data analysis itself. For beginners, it is definitely challenging knowing when to switch between the bash terminal interface, then moving onto Rstudio to continue the data analysis. Their first exposure to the systemic approach mindset required for data analysis has definitely baffled many, but we continue to push through that this is something which can be adopted with more practice.

I believe there is no gender restrictions in all fields, including bioinformatics. It is what you believe that makes you who you are, not your gender.

In retrospect, returning as a teaching instructor has been really rewarding, in terms of revisiting the same workshop which I started learning how to code, now as a PhD in bioinformatics. It is also an amazing experience to be present in the workshop representing women in bioinformatics. I was not aware of how important it was until some participants came and spoke to me about how they previously thought this is a male-dominant field. This issue has been considered thoroughly during the workshop preparation, which was also the reason we strive for gender balance in the teaching instructor team. I am glad our presence as teaching instructors also propelled some thought-provoking discussions about gender equity in bioinformatics, and yes, you can code regardless of gender. Sometimes, being present is the loudest voice. I walked away from this workshop feeling more determined about my passion in science and the dreams of one day leaving an impact of my own in the field – this time as an aspiring bioinformatician.

Love this blog? Would love a coffee to keep me writing! Thank you for your support! It goes a long way! 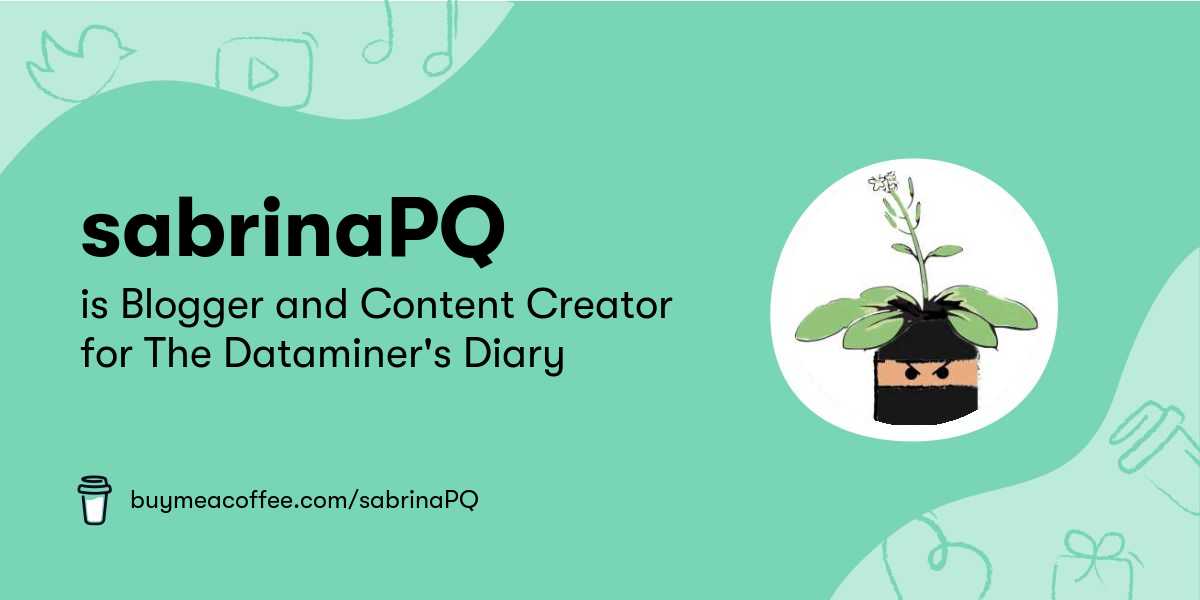